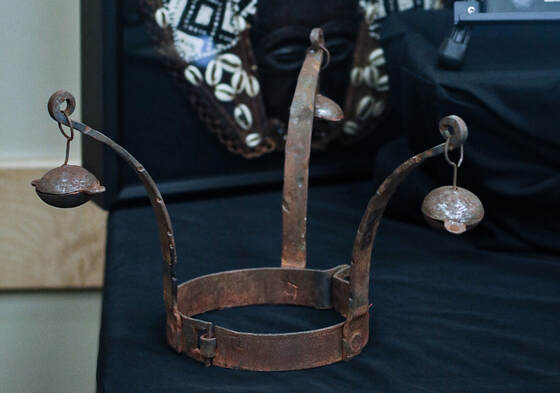 Slave collars made of iron were used to discipline and identify slaves who were considered risks of becoming runaways.

Abolitionist Theodore Weld in his provocative treatise American Slavery As It Is described the use of a similar collar on a spirited slave near Charleston, South Carolina, who served her mistress as a seamstress: “A handsome mulatto woman, about eighteen or twenty years of age, whose independent spirit could not brook the degradation of slavery, was in the habit of running away.” For this offence, she was repeatedly and severely whipped, and a “heavy iron collar, with three long prongs projecting from it, was placed round her neck, and a strong and sound front tooth was extracted, to serve as a mark to describe her, in case of escape.”