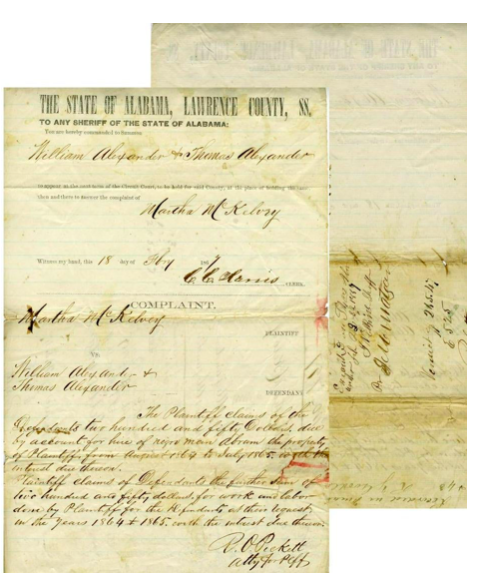 Billling Slave Labor in Alabama After the War
February 18, 1867

In 1860, Lawrence County, Alabama, had 7,173 whites, 6,788 enslaved African Americans, and 14 free African Americans. The largest slaveowner in the county held 207 slaves, and twenty-five slaveowners in the county held more than fifty. William Alexander's ownership of 38 slaves placed him in a second tier of slaveowners, but well above the average slaveowner who held four to six slaves. William and Martha McKelvy also owned more than the average but many fewer than their neighbor William Alexander.