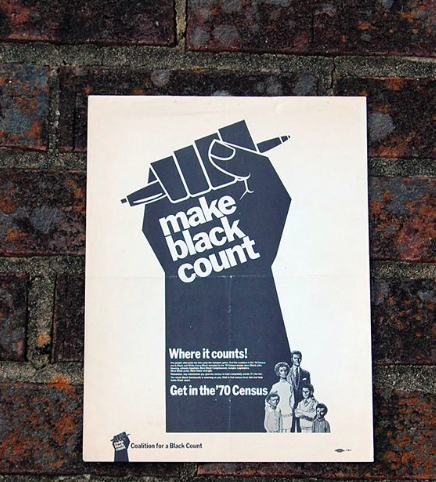 Thirteen civil rights and community service organizations launched a special initiative to make sure that all black americans were counted in the 1970 census.

The Census Bureau said that the 1960 census overlooked about two million black people or 10 percent of the black population. Most of these people were not counted because the Census Bureau was unaware that their houses or apartments existed.  The new organization, which called itself the Coalition for a Black Count, included the National Urban League, the National Association for the Advancement of Colored People and the Southern Christian Leadership Conference.

Plans for the coalition were announced at simultaneous news conferences held at the headquarters of the National Urban League and in many of the 10 major cities where the organization concentrated its drive.  The ten target cities were: Atlanta, Baltimore, Chicago, Cleveland, Detroit, Los Angeles, Memphis, Newark, New York and St. Louis.
“We've long believed that the census was way off base,” said the Rev. Andrew Young, executive vice president of the Southern Christian Leadership Conference. “I remember sitting in Martin Luther King's living room one Sunday afternoon with Stokely Carmichael and others and we began to make a casual count of how many black Americans there were. We estimated 30 or 40 million.

“This would revolutionize the concept of Black America's vote in our total society,” he said. “We think our survival depends on our numbers.”

​The Coalition for a Black Count conducted an intensive educational and publicity campaign through newspapers, radio and television to impress on black people the necessity of being counted in the census. The campaign pointed out that political representation, school construction programs, food programs and community services are based on census figures.