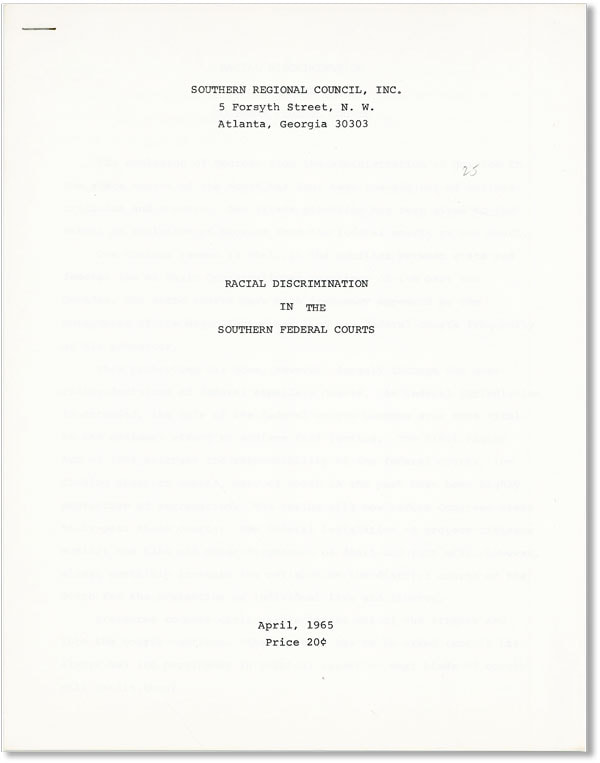 In 1944 the Southern Regional Council (SRC) was formed to attain through research and action the ideals and practices of equal opportunity for all peoples of the region. The SRC urged whites, particularly those with more liberal political attitudes, to help black people obtain equal rights. The SRC was a coalition of lawyers, Christian ministers, and newspaper editors from thirteen southern states. Although the group was bi-racial and included both men and women, the majority of its members were white.

In 1949 the SRC declared in a resolution that segregation "in and of itself constitutes discrimination and inequality of treatment." As a result, many whites left the SRC, resulting in a decline of membership by almost half by 1954.

Often partnered with other groups involved in the Civil Rights Movement, the SRC used communications and analysis to try to reach people through facts and education. It published literature related to racial justice, released studies on race relations, and acted as a think tank for issues concerning the movement.
© Homage Exhibit 2022
888-683-4386