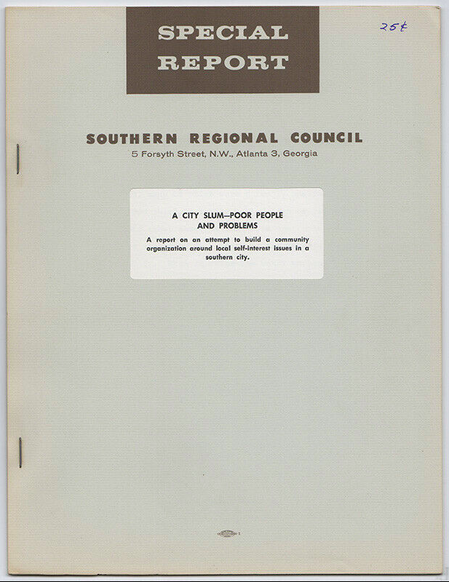 The Commission on Interracial Cooperation (CIC) was formed in 1919.  The CIC formed in response to the increased tensions between white Americans and black soldiers returning from fighting in Europe after World War I.  Although most African Americans still lived in the South, the Great Migration had started to the North and Midwestern industrial cities, and thousands of blacks were living in new urban environments. They often had to compete with immigrants and ethnic whites for jobs and housing.

In the summer of 1919, race riots erupted in numerous major cities as whites attacked blacks. African-American veterans and others resisted being treated as second-class citizens and fought back, especially in Chicago and Washington, DC. during what has been called "Red Summer" because of all the violence. Black veterans in the South were confronted with expectations they would submit to Jim Crow and lynchings of black men rose after the war, including of some veterans in uniform.  During World War II, members of the CIC realized that the same problem could recur during and following that war.

In 1943, leaders from the CIC, including sociologist Howard W. Odum, held a series of conferences in Durham, North Carolina; Richmond, Virginia, and Atlanta, Georgia. As a result, they formed the Southern Regional Council, with Odum selected as its leader. The CIC was disbanded, essentially being merged with the new SRC in 1944. The SRC was formed "to attain through research and action the ideals and practices of equal opportunity for all peoples of the region.  The SRC urged whites, particularly those with more liberal political attitudes, to help black people obtain equal rights. Like the CIC before it, the SRC was a coalition of lawyers, Christian ministers, and newspaper editors from thirteen southern states. Although the group was bi-racial and included both men and women, the majority of its members were white.  Initially, Odum sought to bring about racial equality in the Southern US by improving economic, social and political conditions. The SRC avoided taking a public stand against legal segregation, on the belief that this would hinder progress toward its economic-planning goals. Critics of this approach, such as activist author Lillian Smith, believed that the SRC should condemn the state-imposed legal segregation.

In 1949 the SRC declared in a resolution that segregation "in and of itself constitutes discrimination and inequality of treatment." As a result, many whites left the SRC, resulting in a decline of membership by almost half by 1954.

Often partners with other groups involved in the Civil Rights Movement, the SRC used communications and analysis to try to reach people through facts and education. It published literature related to racial justice, released studies on race relations, and acted as a think tank for issues concerning the movement.