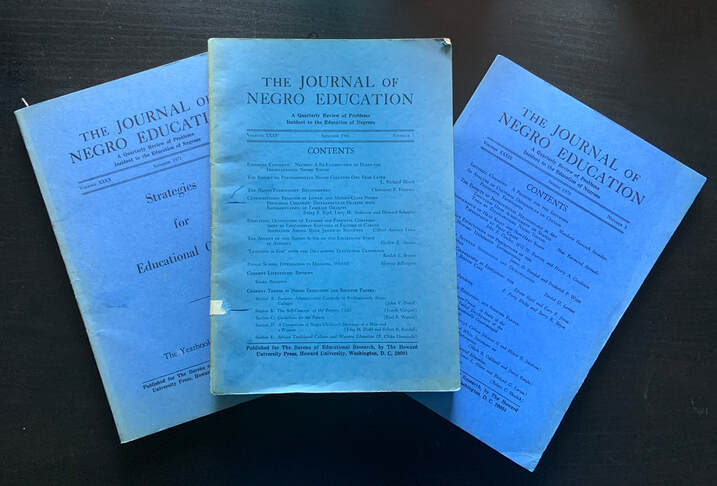 The Journal of Negro Education was founded on the campus of Howard University in 1932. It is one of the first publications made for African American people. The publication addressed the major problems and many hardships faced by African American people in respect to education, both in the United States and beyond. Topics discussed included segregation, condition of schools, historical statistics and more.

From its inception until 1963 the journal was led by Dr. Charles H.Thompson. Desegregation court cases often used the Journal as a source of supporting facts. The journal is utilized by people all over the world including Jamaica, Poland, and India. Many institutions and libraries in the US hold subscriptions as well.