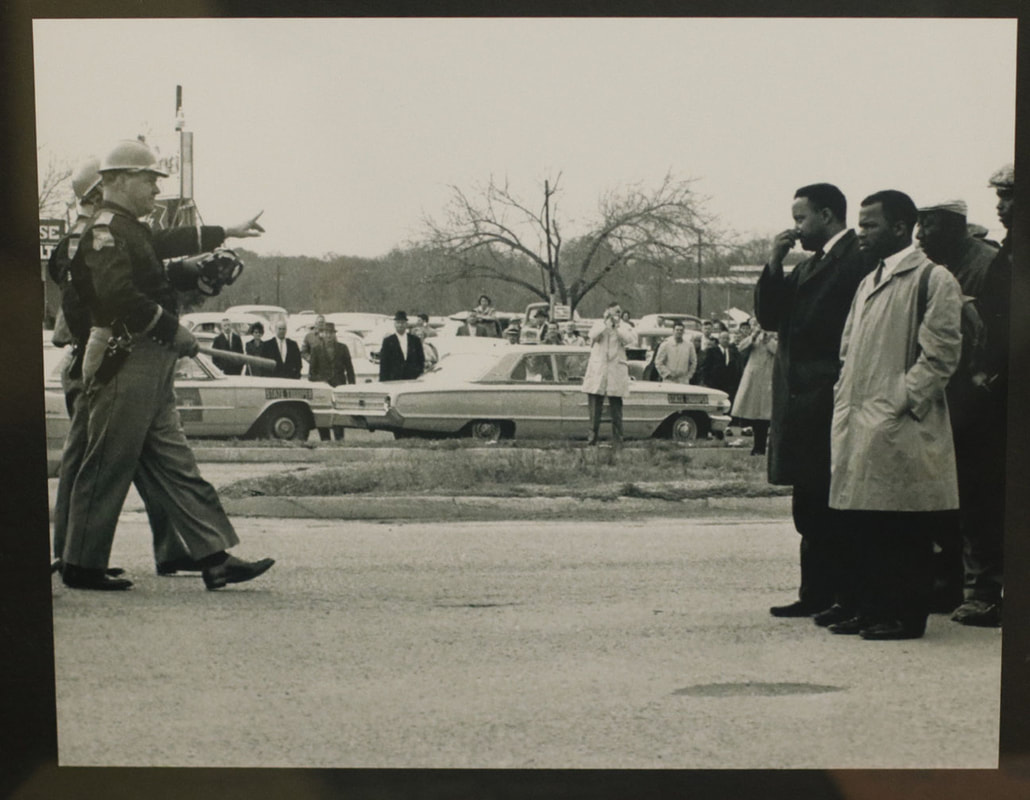 Between 1961 and 1964, the Student Nonviolent Coordinating Committee (SNCC) had led a voting registration campaign in Selma, Alabama. When SNCC’s efforts were frustrated by stiff resistance from the county law enforcement officials, Martin Luther King, Jr. and the Southern Christian Leadership Conference (SCLC) were persuaded by local activists to make Selma’s resistance to black voting a national concern. SCLC also hoped to use the momentum of the 1964 Civil Rights Act to win federal protection for a voting rights statute.
​
During January and February 1965, King and SCLC led a series of demonstrations to the Dallas County Courthouse. On February 18, protester Jimmy Lee Jackson was shot by an Alabama state trooper and died eight days later.  In response, a protest march from Selma to Montgomery was scheduled for March 7.

Over 600 marchers assembled in Selma on Sunday, March 7, and led by John Lewis and other SNCC and SCLC activists, crossed the Edmund Pettus Bridge over the Alabama River en route to Montgomery. Just short of the bridge, they found their way blocked by Alabama State troopers and local police who issued a two minute warning who ordered them to turn around. When the protesters refused, the officers shot teargas and waded into the crowd, beating the protesters with billy clubs and hospitalizing over 50 people.

“Bloody Sunday” was televised around the world.  Martin Luther King called for civil rights supporters to come to Selma for a second march. When members of Congress pressured him to restrain the march until a court could rule on whether the protesters deserved federal protection, King found himself torn between their requests for patience and demands of the movement activists pouring into Selma. King, still conflicted, led the second protest on March 9 but turned it around at the same bridge. King’s actions exacerbated the tension between SCLC and the more militant SNCC, who were pushing for more radical tactics that would move from nonviolent protest to win reforms to active opposition to racist institutions.
On March 21, the final successful march began with federal protection, and on August 6, 1965, the federal Voting Rights Act was passed, completing the process that King had hoped for. Yet Bloody Sunday was about more than winning a federal act; it highlighted the political pressures King was negotiating at the time, between movement radicalism and federal calls for restraint, as well as the tensions between SCLC and SNCC.
© Homage Exhibit 2022
888-683-4386