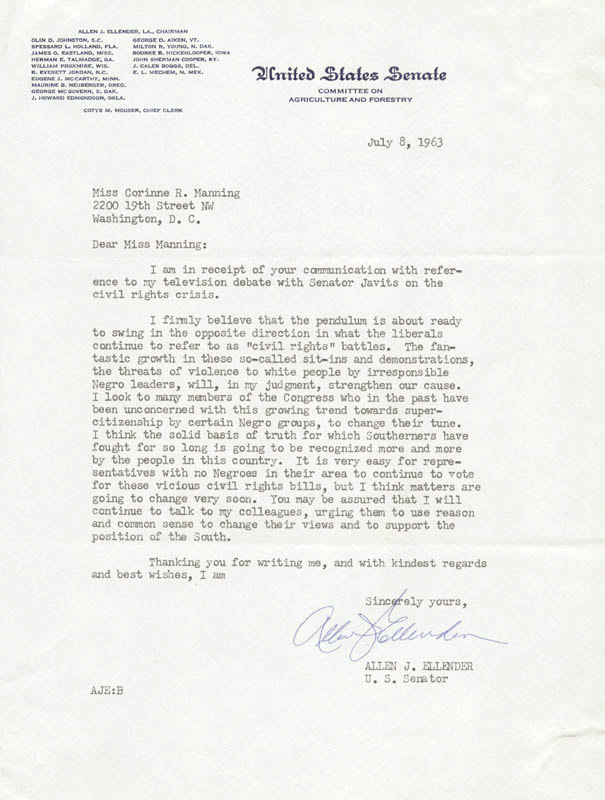 A letter from Senator Allen Ellender of Louisiana that talks about the Civil Rights movement and the feeling that the tide would swing back to “support the position of the south. Zoom in to read the entire letter.

Allen J. Ellender was a U.S. senator from Louisiana, who served from 1937 until 1972. A staunch segregationist, he signed the Southern Manifesto in 1956, voted against the Voting Rights Act of 1965, and opposed anti-lynching legislation in 1938.
Despite being a racist and segregationist his legacy includes The Allen J. Ellender Memorial Library on the campus of Nicholls State University and a middle and high school in Louisiana both named in his honor.
© Homage Exhibit 2022
888-683-4386