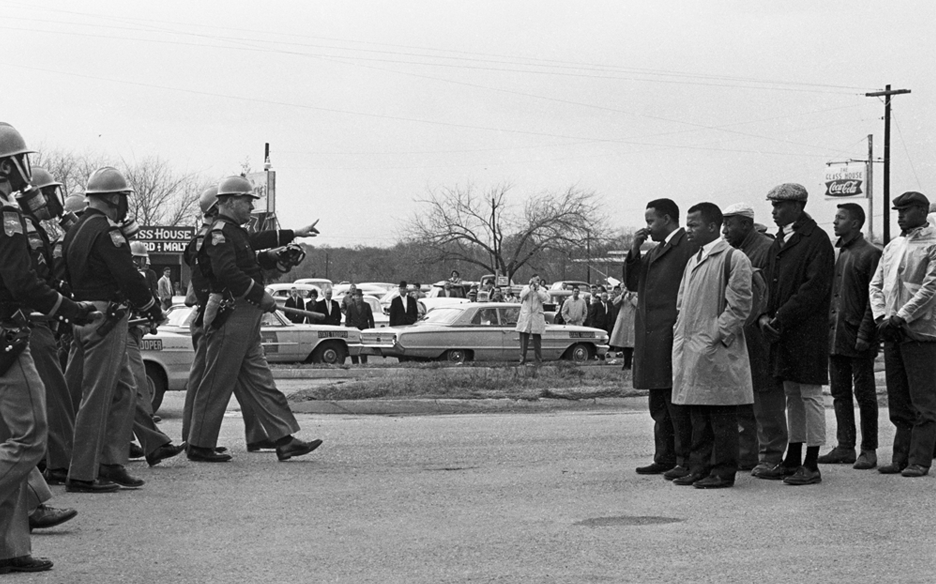 At the height of the civil rights movement, activists organized a march for voting rights, from Selma, Alabama, to Montgomery, the state capital. Some 600 people assembled at a downtown church and began walking silently, two-by-two through the city streets.

With Hosea Williams of the Southern Christian Leadership Conference (SCLC) leading the demonstration, and John Lewis, Chairman of the Student Nonviolent Coordinating Committee (SNCC), at his side, the marchers were stopped as they were crossing the Edmund Pettus Bridge, by Alabama state troopers and sheriff ’s deputies, who ordered them to disperse.  1 minute and 5 seconds after a 2 minute warning was announced, the troops advanced.  John Lewis, who suffered a skull fracture, was 1 of 58 people treated for injuries.

​The day is known as “Bloody Sunday.”  Six months after “Bloody Sunday,” President Lyndon B. Johnson signed into law the Voting Rights Act of 1965.