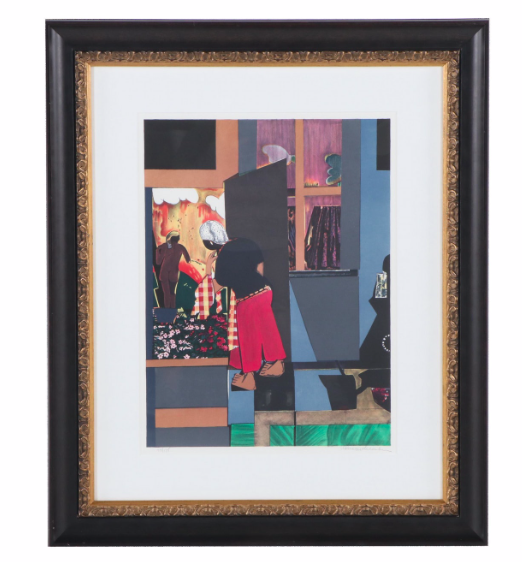 Romare Howard Bearden (1911 – 1988)
Open Door
Color lithograph on paper
Signed to the lower right, Numbered 77/175
​
​Romare Howard Bearden was born in Charlotte, NC on September 2, 1911. He made impact as an artist, author, and songwriter among other things. As an artist, Beardens work promoted unity and cooperation among the African American community. His work is featured in many museums including the Metropolitan Museum of art. He has also received many awards including the Mayors Award of Honor for art and Culture in New York City in 1984. Howard studied at Lincoln University, Boston University, and finished his degree at New York University with a degree in education. Bearden worked as a social worker from the 1930s to the 1960s. Throughout his career as an artist Howard often took the time to encourage and support young up and coming artists.
Sources: https://en.wikipedia.org/wiki/Romare_Bearden and https://beardenfoundation.org/romare-bearden/
© Homage Exhibit 2022
888-683-4386